Growing Up in Wonderland

“‘That was a narrow escape!’ said Alice, a good deal frightened at the sudden change, but very glad to find herself still in existence.”

Growing up, I would often watch the walls of my room slowly elongate, the ceiling moving farther and farther away, all the while my father’s or my mother’s worried face shrank down to the size of an egg in front of me. I’ve recently learned these symptoms are associated with a neurological condition called, fittingly, Alice in Wonderland Syndrome (or Lilliputian Hallucinations, or more plainly Todd’s Syndrome). Back then, the name wouldn’t have meant anything to me. I was unfamiliar with Lewis Carroll’s novel, I’d seen but hadn’t yet paid great attention to the Disney version of Alice, and I didn’t possess the language to convey what I was experiencing. Even if an older, time–traveling version of myself had appeared and told the younger me, “Don’t worry, it can’t hurt you, and it’ll change the way you see just about everything,” I wouldn’t have cared.

A typical night with Alice in Wonderland Syndrome went like this: I might be looking at my feet beneath the blankets, and after a few moments they might grow in size until they seemed like unscalable mountains. Eventually, I might become the size of a flea, or a fly, and my once comfortable room turned into something wholly unrecognizable in its proportions.

Usually I cried out for my mother or my father, or both. They often stayed with me until the episode passed, but sometimes I tried to go through it on my own. Neither was a real comfort. If alone, I tried to remain as still as possible, because the slightest movement of my head felt like whiplash. If my mother or father remained by the bed, I would watch their features assume monstrous proportions: they were no longer my parents but harlequins, nightmare versions of the people I loved. Their hands might become those of giants, or even the size of Tinkerbell’s. Their heads might shrink or grow to impossible sizes for their bodies to support. My own limbs might be equally small, or so large I feared I might crush these familiar strangers if I so much as moved. Comfort came from the eyes then, or the smile, and sometimes I thought, “Their faces are so far away, how do I know this is even them?” Their remedy was to get me to the washroom, splash some water on my face, and apply a cold compress to my head and neck for a while, to shock my body out of its strange state. The walk to the washroom was torture. It was always so fast, too fast, and even though they tiptoed us along, I could see the hallway tunneling away from us, and I knew we were in fact moving at incredible speeds, the paintings on the walls flying by like stars in the science fiction films I was learning to love.

Looking back on those early times, I realize now how those perceptual shifts influenced the texts I found myself drawn to as a child; it was a gateway into genre literature. Alice in Wonderland wasn’t a household book, but fairy tales were, and those which dominated my imagination were ones in which characters interacted with surroundings of vastly different proportions to themselves: “Thumbelina,” “Jack and the Beanstalk,” “Tom Thumb,” and, especially, “The Steadfast Tin Soldier” (who, after all, was just along for the ride and couldn’t influence the frightfully large world around him). All of them seemed, in their own strange ways, capable of normalizing a phenomenon that was incomprehensible to me.

What I didn’t know then was Alice in Wonderland Syndrome was showing me the power of distortion, how even slight shifts in reality can alter your view of the world. In a way, it allowed me to really experience fantasy (you might even say “weird fiction”) at a young age.

I recently came upon Alice in Wonderland Syndrome by accident while I was reading articles on Lewis Carroll. My shock at finding a detailed summary of something I’d been struggling my entire life to convey cannot properly be described. Alice in Wonderland Syndrome is horribly disorienting, sometimes frightening, but not dangerous. It was named by Dr. John Todd, after Lewis Carroll’s odd little novel. The condition appears more commonly with children, and it tends to dissipate as people age. Episodes can range anything from five minutes to an hour or more, and they can occur multiple times a day. Interestingly, the condition is not related to eyesight but rather brain function, specifically perception, where information is processed incorrectly. Most people who experience Alice in Wonderland Syndrome do so at the onset of sleep, and the symptoms are often connected with sleep deprivation. The condition is also associated with insomnia, migraines and headaches, brain tumors, and psychoactive drugs (and in some cases the Epstein–Barr virus).

I suffer from chronic daily headaches, migraines, severe insomnia, regular loss of consciousness, seizure–like episodes, and other medical complications. Because of these, or perhaps for completely unrelated reasons—there is no telling with this, really—the twisted perception, the hallucinatory episodes, the inability to properly perceive time and movement, the nausea and the panic associated with Alice in Wonderland Syndrome have all been a part of life for as long as I can remember. In fact, I experience all these things both during the day and at night on a fairly regular basis.

I’ve met a few people who grew up with similar experiences, but in the majority of cases the symptoms abetted with adulthood, and almost everyone had forgotten about it until I described my episodes. Most aren’t aware of Alice in Wonderland Syndrome, and there seems to be something about the absurdity of it, or of the feeling of utter powerlessness it occasions, which makes individuals dismiss it as childhood nightmares; some are simply eager to forget their experience.

Because Alice in Wonderland Syndrome isn’t dangerous, it would be nice to relegate it to something like going to a horror movie or on a roller–coaster ride: a heart–stopping experience that, while it might make you sick to your stomach and rattle you for a while, is ultimately harmless. But it isn’t quite that. You don’t choose to go through it. And that’s where the disconnect tends to happen.

Even now, my descriptions of the hallucinations usually result in comments like “Man, you’re lucky, you don’t even need to get high!” or “I want some of what you’re smoking!” or “Hey, that sounds like [insert drug of choice here].” Alternatively, the episodes tend to occasion particular interest with genre folks, many of whom find the unintentional slips into the weird inspiring on some level. Although I’ve grown accustomed to it, the experience is rarely a desirable one, and in some moments the hallucinations feel nothing short of a slow, creeping madness. Some days the room is so large, whatever object I focus on so small, and my thoughts and movements so excruciatingly fast I think, “This is it. This is where I break, where I don’t get to come back.” Eventually it passes, but only after I’ve lingered on the edge of something so strange that I never quite trust my own mind for the next few hours. I think, “If my mind can do that to me, what can’t it do?” I’ve often felt if the Cheshire Cat’s grin were to appear in a corner of the room and tell me, “We’re all mad here,” I’d answer, “No shit.”

But, admittedly, it is fascinating to me, both on an intellectual and a creative level. Take now, for instance. I waited to write part of this essay while experiencing Alice in Wonderland Syndrome. As I type I can see my hands growing smaller, more distant. I am 5’6”, yet these arms appear to belong to a hybrid between a man and a spider. Objectively, I know the misshapen length of my limbs is impossible. I know my typing is currently slow and methodical, despite the fact that it appears as though my fingers move with the speed of a professional typist, if not a machine. I know the computer is sitting on my lap, which is mere inches away, and not at the other end of this increasingly large room. But the neurons firing in my brain are telling me that, yes, all of this is possible, all of it is real.

Younger, I often thought that if I could somehow learn to control it, it would be like having my very own superpower. Imagine, being able to change the world at will, even if only in your own eyes. Writing and editing are very much like that. Some of my earliest writings were notes on my shifts in perception due to Alice in Wonderland Syndrome, which wasn’t so much me looking to understand as record, and it was mostly fragmented imagery. I never did share the writing in those journals, but I enjoyed teasing narratives out of their scribblings, which helped foster an early interest in storytelling. For that, at least, I can be thankful for the condition. Lewis Carroll himself suffered from migraines and epilepsy, and it has been suggested, unsurprisingly, that he drew on his own experiences with migraines and hallucinations when writing the book.

Because I’ve lived through fantasy, felt it there in the room altering the very foundations of my life, I gravitate toward stories that really make me feel the magic, the weird. I also know that as an editor, the desire to help shape the fantastical landscapes of others, to strengthen the connective filaments of narratives, was in part born out of those many nights when I tried to make sense of the strange world I saw, and of all the times as a child where I struggled to explain to others the frightful, unbelievable sights my brain paraded in front of me.

As someone who lives with a serious medical condition which has yet to be resolved, discovering even a very small thing pertaining to my health can be explained is wondrous. Admittedly, knowing does not solve the problem. Life is not a fairy tale, and the ability to name a thing does not grant you power over it. But in another way, it does. Just like delving into a story that unexpectedly resonates with you on a bone–deep level, the right combination of words can help make sense of the most impossible things. Learning Alice in Wonderland Syndrome is something I share with others—that it is real—helps me better understand myself and the world around me. We’re all mad, sure, but we aren’t alone.

(Editors’ Note: Dominik Parisien is interviewed with Navah Wolfe by Deborah Stanish in the Uncanny Magazine Podcast Episode 12B.) 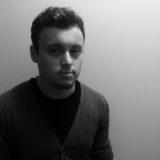