Sheldon Teitelbaum and Eli Herstein note in the Encyclopedia Judaica that traditionally Jewish literature has avoided the purely imaginative, often framing stories that would seem on their face to be fantastic as true accounts or using the less realistic elements to make a point about the true nature of the world. Despite this, Jewish folklore does include tales of dybbuks and golems in addition to the fantastic elements inherent in the Bible and its supporting texts.

The fact is that modern science fiction and fantasy has had a Jewish element from its earliest days. Brian Aldiss made a case that the first science fiction novel was Mary Wollstonecraft Shelley’s Frankenstein; or, The Modern Prometheus, in which Victor Frankenstein creates a human, mimicking the legends of the golem which date back to Medieval Judaism if not earlier. However, just because Shelley emulated Jewish folklore, doesn’t mean that Frankenstein is Jewish science fiction.

Hugo Gernsback, who created the first science fiction magazine, Amazing Stories, in April 1928, coined the unwieldy term “scientifiction” and later “science fiction”, and indirectly created science fiction fandom, was Jewish. However, having a codifier who was Jewish does not make science fiction a Jewish literature (whatever that means). Similarly, many of science fiction’s editors and authors have Jewish backgrounds, even if they proclaim themselves secular humanists, like Isaac Asimov. Science fiction written by a Jewish author does not necessarily have a Jewish element to it.

The first of these is the least interesting from a Jewish science fiction perspective. It is simply the inclusion of a character with a Jewish name who may or may not show any other signs of Jewishness. Their religion is unimportant to the story, themes, or plot and may be included merely to demonstrate awareness of diversity or the presence of Jews by the author. If the character can be replaced by someone of any other creed or ethnicity without it impacting the story, it falls into this category. While the Jewish content in these stories can often be merely a token, that is not always the case. In some instances, a character’s Jewishness may be inherent to who the character is, but does not have any real impact on the overall story.

The second category is often filled with short stories. These grow out of the Borscht Belt school of comedy. It uses its Jewish content, often resorting to common Yiddishisms, to humorous effect. In many cases the humor comes from the dichotomy of the incorporation of a Jewish character in a non-Jewish situation, such as Mike Resnick’s “The Kemosabee,” which offers up a Jewish Tonto to the Lone Ranger. While humorous science fiction is frequently used for short stories, there is no reason it can’t be used in novel-length books, and it does show up. Non-Jewish author Christopher Moore combines Jewish humor with a more serious exploration of the Jewish religion in his book about Jesus, Lamb: the Gospel According to Biff, Christ’s Childhood Pal.

One of the more interesting recent works that uses Jewish humor, but also includes a deep knowledge of Jewish custom, is Ann and Jeff VanderMeer’s 2010 volume The Kosher Guide to Imaginary Animals. The story not only addresses the laws of kashrut and whether they are still viable and valid in today’s world, but the dialectical form of the book, as a discussion between Ann and “Evil Monkey” mimics a traditional Jewish form of teaching and debate.

Jewish wish fulfillment can take multiple forms. One of the most common is using science fiction to rewrite the Holocaust. Many alternate histories, written by Jews and non-Jews, explore a world in which different events meant that the Holocaust didn’t happen or was not as devastating as it was in our own timeline. Stories like P.D. Cacek’s “A Book, By Its Cover” offer a means by which Jews can be saved from the worst depredations of the Nazi regime. Other stories offer a less fantastic means of rescuing Jews. In Michael Chabon’s The Yiddish Policeman’s Union, the author creates a Jewish state in a location where it is not surrounded by enemies, although life there isn’t necessarily easier than in the historical Israel. Wish fulfillment can also be set in the future, such as Joel Rosenberg’s Metzada cycle that begins with Not For Glory (1988) and postulates a future in which a group of Jewish mercenaries set the standard for space-faring warriors. In this world, Israel thrives and prospers well into the future, assuring the reader that Judaism will still be around long after humanity has reached the stars.

The most interesting type of Jewish science fiction is the type which tackles the questions of Judaism. These stories look at the survival of the religion and culture as well as raise questions that Jewish scholars will have to face at some point in the future. When should Rosh Hashanah and Yom Kippur be celebrated on a different planet with a different length of year and day and separated from Earth by relativistic space? Is a genetically modified animal that looks like a pig and tastes like a pig but meets all the rules of kashrut permissible or would eating it be breaking the rules? Stories like Jack Dann’s “Jumping the Road” explore the question of whether aliens can be Jewish, similar to the way James Blish’s novel A Case of Conscience discusses whether aliens can have souls.

Jewish science fiction can also help lay the groundwork for actual debates within the Jewish community. When scientists announced that they had successfully grown meat in a lab, rabbis began to debate whether or not it could be considered kosher and whether or not it could be eaten with milk. Earlier this year, an Orthodox rabbi in Israel even went so far as to suggest that lab-grown pork would be kosher and that cloned meat isn’t subject to the rules that apply to natural meat. Harry Turtledove explored these issues as early as 1985 in his story “The R-Strain,” where a rabbi came to the same conclusion, but still felt guilty about eating it.

One recent anthology to explore both wish fulfillment and more serious questions of Judaism through the lens of alternate history is What Ifs of Jewish History, edited by Gavriel D. Rosenfeld. Not specifically fiction, but rather a series of alternate history essays (with some fiction mixed in), the book is a collection of speculative works by various academics who focus their attention on several different branch points in history ranging from the way the world would look if the Exodus had never happened to the establishment of a Christian state in Palestine to an alternative relationship between the Palestinians and Israelis. Many of the alternatives, of course, play with the outcome of World War II and the Holocaust.

Several works which tend to take on the question of Judaism do so by drawing on Jewish folklore and tradition. Rachel Pollack retells the Biblical story of Joseph in “Burning Beard: The Dreams and Visions of Joseph Ben Jacob, Lord Viceroy of Egypt People of the Book,” offering not only a view of Joseph’s prophetic abilities, but also questioning the actions taken by Moses to free the Jewish people. Rose Lemberg doesn’t reach as far back for the Bible for the background of “Gedderien.” The story focuses on the Jewish immigrant experience, mixed with fable, to create a way of looking at the world which is distinctly Jewish.

Sometimes, using traditional folklore with a more Jewish interpretation allows authors to explore Jewish themes. Noami Novik’s latest novel Spinning Silver uses a Jewish background to retell a traditional fairy tale, much in the way Jane Yolen used the Holocaust as a resetting for the story of Sleeping Beauty in her 1992 novel Briar Rose. Novik uses the story of Rumpelstiltskin to explore the role of Jews as moneylenders during the Middle Ages, but her character’s religious beliefs and practices are important to who they are and how they respond to things.

There have been several anthologies of Jewish speculative fiction. Jack Dann edited Wandering Stars and More Wandering Stars between 1974 and 1981, Clifford Meth edited Strange Kaddish (with Ricia Mainhardt) and Stranger Kaddish (with Jim Reeber) in 1996 and 1997, Rachel Swirsky and Sean Wallace published People of the Book in 2010, and Lavie Tidar and Rebecca Levene published Jews vs Aliens in 2016 and Jews vs Zombies and in 2017. Currently, Andrea D. Lobel and Mark Shainblum are preparing a Jewish alternate history anthology called Other Covenants. The forthcoming anthology Zion’s Fiction, edited by Sheldon Teitelbaum and Emanuel Lottem, contains stories written by Israeli authors, but those stories do not necessarily include any specifically identifiable Jewish content.

What is the best entry point for someone who is interested in reading Jewish science fiction? While for years, Dann’s Wandering Stars and its sequel would have been the place to start, many of those stories (although by no means all) have a dated feel, published originally between 44 and 37 years ago. More recently, Swirsky and Wallace’s People of the Book collects stories that originally appeared between 2000 and 2010 which will appeal much more to readers with a modern literary sensibility. Helene Wecker’s Nebula Award-nominated The Golem and the Jinni offers a view of Jewish mythology in fin-de-siècle New York that also draws on the Yiddish tradition and the Jewish immigrant experience.

One of the most recent additions to Jewish fantasy literature is Rena Rossner’s The Sisters of the Winter Wood, which was not intended to be part of the Jewish tradition. As Rossner worked on her novel, she has explained that it was not coalescing the way she expected it to until she incorporated a background of Jewish-Romanian history into the story.

Jewish speculative fiction can take many forms, but what all of it has in common is a representation of the common bonds that exist within the Jewish community, not necessarily accepting or denying the shared beliefs, customs, traditions, and religious tenes, but exploring them. This exploration can take the form of questioning how ancient traditions apply to the modern (or future) world, how they link people together, or even their relevance. The stories are also a way of announcing that “we are here,” representation within a larger framework which often overlooks groups which are perceived as minorities.

This is a bibliography specifically of the works mentioned in this article. Since the 1990s, I have maintained a bibliography of Jewish Science Fiction and Fantasy at sfsite.com/~silverag/jewishsf.html. It is by no means complete and is an ongoing project, please feel free to send additions to me at [email protected].

Andrea D. Lobel and Mark Shainblum (eds.) Other Covenants, not yet published.

Rena Rossner, The Sisters of the Winter Wood, Redhook, 2018.

Rachel Swirsky and Sean Wallace (eds.), People of the Book: A Decade of Jewish Science Fiction and Fantasy, Prime, 2010. 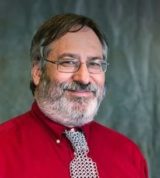