The easiest part of being Reprints Editor is knowing that other editors have loved all the submissions, and each one has passed that first (or second or third) set of eyes before it came to me.

It’s also the hardest part. So many wonderful stories. So much lovely writing, strong characterization, ingenious worldbuilding. And I can’t take them all. I could have accepted a dozen, but I only had room for two (with sincerest thanks to those Kickstarter backers who pushed the campaign so far above its original goal that there could be two instead of one).

In the end, I chose two stories that spoke clearly to me about disability, but in very different ways. Both are written from the heart, from lived experience. Both are powerful and evocative and beautifully written.

SL Huang’s near-future science fiction story, “By Degrees and Dilatory Time,” is deceptively quiet, dispassionate, as it details the process of adapting to an adult-onset disability and the assistive devices that will, as best they can, replace what the protagonist has lost. It’s a tour de force of subtle emotional impact, and it struck me as deeply true in its arc and outcome. Yes, I thought as I read and reread it. Yes, this is how it feels.

“Listen,” by Karin Tidbeck, forays into the far future, into a universe full of the descendants of human diaspora. In structure and theme it’s classic science fiction: strange new worlds, characters both familiar and alien, diplomats and translators and the founding of colonies. Tidbeck takes all of these elements and transforms them into something rich and strange—but still profoundly and poignantly human.

Huang’s and Tidbeck’s stories stayed with me long after I read them, and made me want very much to share them with a new set of readers. I’m pleased and honored to present them here. I hope they speak as clearly and powerfully to you as they did to me. 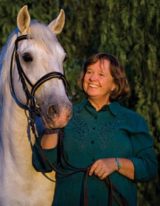 Judith Tarr… hates writing bios of herself. She would rather write historical fantasy or historical novels or epic fantasy or the (rather) odd alternate history, or short stories on just about any subject that catches her fancy. She has been a World Fantasy Award nominee for her Alexander the Great novel, Lord of the Two Lands, and won the Crawford Award for her Hound and the Falcon trilogy. She also writes as Caitlin Brennan (The Mountain’s Call and sequels) and Kathleen Bryan (The Serpent and the Rose and sequels). Caitlin published House of the Star, a magical-horse novel from Tor, in Fall 2010. The paperback appeared in November of 2011. She is dancinghorse on LiveJournal, Facebook, and Twitter.