My so-called qualifications: I’ve been a community organizer for fifteen years. I’ve helped organize hundreds of direct actions, ranging from tame sidewalk rallies to occupations of government office building lobbies to tent cities on vacant bank-owned properties. I’ve gotten arrested in Central Park at a midnight protest; I’ve been illegally barred from public legislative hearings; I was detained by the Secret Service while protesting outside the 2004 Republican National Convention. And by supporting the work of homeless people organizing for social justice, I’ve also helped win over a hundred concrete policy and legislative changes. None of this makes me an expert, or means that my tactics are the best or only way to do any of this. Plenty of people have been fighting a lot longer, or have achieved a lot more. Your own most effective organizing will be shaped by your skills and experience, and the collaborative decision-making of a group of folks with a real stake in the issues you’re fighting for.

So, we’ve been in the streets. We’ve screamed ourselves hoarse. We’ve made new friends. We’ve taken a lot of pictures, especially of our favorite signs—You’re Fired; Make Racists Afraid Again; Girls Just Wanna Have Fun/damental Human Rights; Girls Just Wanna Have Fun/ding for Planned Parenthood; You’re so vain you probably think this march is about you; I’d call him a cunt but he lacks the depth and warmth.

Our enemies have been busy too. Open white supremacists have Cabinet posts. Regulatory agencies have been handed over to people who intend to dismantle them. And hard-fought victories, like the Obama Administration’s decision to stop renewing contracts with corrupt and dangerous private prisons, are being eradicated with the stroke of a pen. By the time this gets out into the world, there will probably be another couple dozen atrocities to reckon with.

In the last issue of Uncanny, I shared some protest tips. Now I want to talk about how fledgling activists can deepen and sustain their resistance.

Understand: I’m an organizer. I believe in direct action. Phone calls to politicians are important; voting is important; electoral politics are super important, obviously, but electing the right people and then sitting back and waiting for them to do the right thing is not an option. Even if we put decent people in power, they’ll be grappling with an obscene and oppressive system, and they’ll need an army in the streets to back them up. That’s my bias, and I cop to it freely; you may have other biases and preferences. I don’t see merit in the debate over whether an inside strategy (play nice, write letters, have meetings, make calls ) or an outside strategy (protesting, stopping traffic, birddogging politicians, general strike, etc.) are more important, or in arguments over whether demonstrations or elections are more important. If we’re going to win, we’ll need to be inside and outside.

So there’s no one way to do any of this. You may have completely different approaches and that’s fine, because what’s important here isn’t how we fight, but simply that we fight.

Much as I love them, though, I know that individual protests on their own don’t change things. To make the kinds of changes we want to see, we’ll need a movement. We’ll need to organize.

So when it comes to transforming isolated activism into a sustained campaign of community organizing, here’s a rough outline of what worked for me, and lots of my comrades, although there are other ways in as well.

Step One: Assess
Look around. Understand what you’re dealing with. Assess yourself—what issues are the most important to you? Of the many frightening things we’re currently faced with, what frightens you the most? There’s so much work to be done that it’s easy to get overwhelmed, but your passions and your personal experience will guide you. Assess the local landscape: what is happening in your neck of the woods? Who is in power? What issues are currently on the table? What organizations and individuals are already fighting the fights that matter most to you? Spend some time getting to know what’s going on around you.

Step Two: Connect
Reach out to others who are impacted by these issues. If there are already groups doing this work, find out how to get involved. Don’t reinvent the wheel if you don’t have to. If there’s nothing out there, start talking to people. Set up a meeting, make and spread flyers or Facebook events. Or, if the subject is sensitive or you want to limit who’s involved, start smaller, with a handful of like-minded people who can huddle up to plan and strategize.

Connecting also means recognizing your own privilege with respect to the issues you’re working on. If you’re a white person who was born in the US, and you want to work on immigrant rights, that’s great—but take leadership from groups and individuals who are on the front lines. Your ideas about what will help may be very different from an immigrant’s. And when we fight for an agenda not set by the people who will live with its consequences, we run the risk of winning hollow victories, or of making things worse. In the 1980s, lots of well-meaning people saw the massive street homeless population in New York City and fought to force the city to shelter every homeless person. The result? NYC is the only city in the country with a “right to shelter”… But homeless people want housing—not shelter. Thirty years later that “victory” means the city spends $1.5 billion a year on a bloated, broken, dangerous shelter-industrial complex, where over 60,000 homeless people (96 percent of whom are Black and/or Latino) live in disgusting conditions for years and years at a time because the city won’t prioritize housing.

Step Three: Develop
Make your anger concrete. What SPECIFICALLY do you want to change? Do you want to stop deportations? Block a bad bill? End illegal police activity? Halt a new commercial development that will gentrify your area? Block budget cuts that will disproportionately impact marginalized communities? Once you know what change you want to see, figure out who has the power to make those changes. Legislators, a mayor, a sheriff, a president? Where does their power come from? Where are they vulnerable? Secondarily, who are the voices who might not have political power, but have the power to influence the public—and therefore voters—and therefore, indirectly, politicians? Newspaper editorial boards, religious leaders, pillars of the community… Who might be on your side? Who could be convinced to join your side? And who is dead set against you? Develop your messaging, too. How do you communicate a complex situation to a public that might not be as informed as you? How do you challenge the pernicious and false narratives that the opposition has created? Draft your talking points and your press releases and your chants and protest signs accordingly. Develop your movement. And, again—activism should be led by the people most impacted by the issue, so do a realistic assessment of your privilege and whether you need to step back from roles like making important strategic decisions or speaking to the media.

Step Four: Activate, Escalate
Making stuff happen is simple. You just have to do it. Protest is a human right, although obviously in some places—and for some people—it’s easier and less risky than others. With the targets and goals you developed in Step Three, figure out: how can I hit these people where it hurts? How can I get them to Do The Thing they do not want to do? Once you’ve got a critical mass of people engaged around an issue, and you’ve developed your demands and messaging, plot out a series of escalating actions.

There are lots of ways to escalate. You can escalate messaging, going from general to specific, getting more and more aggressive in calling out the people whose action or inaction is causing harm. You can escalate protest tactics, going from peacefully rallying on the sidewalk to moving into the lobby of the target’s building and refusing to leave until they agree to a meeting. In a later column, I’ll talk about civil disobedience—the strategic breaking of rules and laws to call attention to an injustice, at the risk of arrest.

We have a lot of work ahead of us.

The policies and practices that are rolling out have been in the works for decades. Mass deportations, stripping poor people of their healthcare, building a wall, getting rid of Roe v. Wade, killing food stamps, dismantling Social Security… We can and we will fight them at every opportunity. In the process, we’ll make new friends, learn new skills, go unexpected places, do crazy things. We won’t win every fight, but we won’t lose every one either. 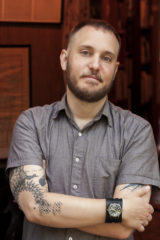