Brecht, singing in the dark times
while our greater Mahagonny floods and burns,
you made Blitzstein a better muse
than me, tired
of invisible walls and strings pulled in plain sight
and expecting no mounted messengers,
even ironic ones.
Let me talk to Hauptmann
who knew the differences
between owning a play and robbing one,
between the meaning and the moral.
A poet forgets, from his eyrie of clippings and sketches,
that a girl who lives with a typewriter
sees him on the side.
Bess, translating America
back into itself through the shadows of new Germany,
you wrote a Hollywood finish for a government of gangsters,
an earthquake for an audience
alienated long before the beggars took the stage.
If happyendlich is never ever after,
let there be ballads to sing on the road to Berlin. 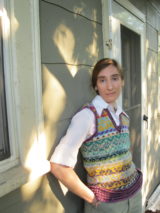