The Page and the Panel: Writing Between Prose and Comics

Much, possibly too much, has already been said about the craft of writing fiction, most of it by authors who possess a lot more by way of genius than I do. Yet as more and more prose authors take up writing monthly comic book series—superhero comics, creator-owned comics, licensed books of all kinds—and more and more readers fill their shelves with both graphic literature and prose, I’ve started to notice a shift in the most commonly-asked questions I get at panels and readings. Where I used to hear variations of “Where do you get your ideas?” quite frequently, I now often hear “How is writing a comic book different from writing a novel?” This is an excellent question in and of itself, but it also brings up a host of other questions. We’ve all heard the maxim “show, don’t tell,” but how does one apply that to writing for comics? How do all the “rules” you’re taught about writing fiction change when you’re telling a story panel by panel rather than paragraph by paragraph?

I cannot claim to know all the answers, but as someone who has for many years written both monthly comics and prose novels, I thought I would share a bit about what I have learned (and a few things I failed to learn quickly enough) moving back and forth between the two media.

Writing for comics is like building an iceberg: 90% of the words you put down on the page will never be seen by the reader. The vast majority of your world-building occurs below the surface. Your panel descriptions are, to mix metaphors, a love letter to your creative collaborators; the artist, colorist, and letterer who create the book’s visual imagery. In the heyday of the writer-as-auteur era of comics, when names like Alan Moore and Grant Morrison dominated the dust jackets, panel descriptions could get incredibly detailed and specific: some of Moore’s go on for multiple paragraphs, and writers like Warren Ellis would often specify the size and orientation of each panel on each page. Today, this is less common, and it is generally understood that the artist, rather than the writer, is better able to determine how the visual flow of panels on a page should unfold. Unless a scene calls for a very specific design element, I usually limit myself to highly technical descriptors like “big” or “small, inset” to describe the relative sizes of panels on a page, and even then, only when a larger or smaller panel is necessary for dramatic impact; when it is not, I don’t specify panel size or orientation at all. I don’t want to pull the artist out of the story with an Ikea-like list of instructions. After all, at this early stage of creation, it is not the reader I need to immerse in the world I am trying to build: it is the artist.

I try to focus, therefore, on descriptions of characters and events that are both evocative and visually specific. In a prose piece, I might say “She froze where she was, alert and rigid, as something ungainly lumbered past her in the fog.” (I don’t know that I would actually make a single sentence carry that much melodrama all by itself, but it works for our purposes.) Describing that same moment as a panel in a comics script, I might instead say “She stops suddenly in the fog, her eyes wide as she catches sight of something off-panel.”

The differences are subtle but important. Prose can capture motion and invisible, inward sensations without much trouble, but in a comic every sensation must be communicated visually, each action broken down into a series of still images. We cannot see someone’s heart skip a beat, or their throat close up, so as descriptors, these are not terribly useful in a comic book script. Instead, a writer must find outward, visual ways to describe those same feelings. Maybe the character’s jaw drops; maybe they press one hand to their chest. Maybe there is a beat between two actions: a repeated panel without dialogue to show a character hesitate or startle, freezing in place before they react to something. A comic book script operates from a kind of extreme third-person POV: every emotion, even the most subtle, must be visible. This doesn’t mean every emotion must be visible on the face—some of the most brilliantly executed scenes in comics occur with a POV character’s back to the reader, or a juxtaposition between narrative captions and facial expressions that tell you someone on the page is lying. Yet even when this is the case, the choice of what to reveal and what to conceal is made using images. You must show because you cannot tell.

It can be tempting, in such a scenario, to make the dialogue do most of the heavy lifting, but dialogue takes up valuable real estate on the page, covering up the artists’ work, so even it must be made as economical as possible. I flinch now when I see giant paragraphs crowded into speech balloons in some of my early stuff, and today I have a rule: if a chunk of dialogue is longer than two typed lines, it needs to be broken up into several balloons, or even better, edited down until it does fit into two typed lines.

For some graphic novelists, this skill comes naturally: Raina Telgemeier, mega-bestselling writer-artist of graphic novels for children and young adults, is sublime at it, packing profound emotional weight into what seem like simple, offhand lines of dialogue. Her panels are never crowded: the art breathes, the dialogue breathes, the story moves along in a way that seems effortless. Similarly, Kim Dong Hwa’s superb coming-of-age trilogy, The Color of Earth series, uses the gradual accumulation of objects in a room or the evolution of flowers into fruit—background images you could miss if you weren’t paying attention—to communicate the passage of time. No location captions or dialogue necessary. Masters of graphic or sequential storytelling don’t just work within the natural constraints of the medium; they make the natural constraints of the medium work for them.

I’m making it sound as though writing for comics is all grim self-restraint and self-abnegation, but it really isn’t. At some point, after I’d been writing comics for several years, I realized the medium had in some ways freed me from the subtler constraints of prose. Dialogue in comics can use far more vernacular—malapropisms, localisms, phonetic spellings, stutters, “uhhs” and “huhs” and “likes”—than most prose can safely get away with. Like if I’m writing a comic script, and I, you knoooow, want to write a sentence of dialogue like this? I can do that without seeming mannered or try-hard. The natural staccato with which people talk—most of us don’t speak in neat, grammatically correct paragraphs—is much easier to communicate when broken down into dialogue balloons than it is on a page of prose. I’d gotten so used to writing dialogue exactly as I hear it that when I tried to get away with what I thought was very light use of vernacular grammar in my recent novel, The Bird King, I got a dry series of notes from my editor, for whom the dialogue came off as twee and forced. She was right, of course, yet I couldn’t help thinking, “If this was a comic book, it would’ve been fine.”

In some sense, comic books are almost less a test of your writing skills than they are a test of your ability to distill ideas into their simplest and most easily communicable form. When I write prose, I feel a certain freedom to wander—to pick up a story thread without knowing exactly where it will lead; to discover in situ some new facet of a character that dramatically alters the course of the narrative. There is room for digression. Writing The Bird King, I wasn’t entirely sure how the second act would unfold, and I added several more quiet, character-driven scenes than I anticipated needing, which gave the relationships between the three main characters room to grow and breathe. It worked. By the end, I knew exactly which one I would, regrettably, need to kill off.

In a monthly comic, however, the hard page limit—typically 20 or 22 pages—means that you must have a firm grasp on how much story needs to go into each issue, and also understand where that issue fits within the larger story arc. This doesn’t mean there is no room for improvisation—some of my favorite moments in Ms. Marvel were the result of last minute, lightbulb-moment alterations to an outline—but that improvisation must be retrofit to work with whatever story has already been solicited. And, crucially, you must know why you are writing that particular story, because once an issue has been released, there is no calling it back—no way to edit the beginning after you arrive at the end, as you can with a novel.

Ultimately, to use the oft-quoted line from Marshall McLuhan’s Understanding Media, the medium is the message. Writing comics and writing prose require different skill sets because they deliver different kinds of stories. We perceive time differently when we read a book line by line versus image by image. In a comic book, you have to be careful to put the denouement of a cliffhanger on a page turn, because if it occurs on a facing page, the suspense is ruined before you’ve even had the chance to set it up. This is because our minds can often process more than one image at a time, but most people cannot read more than one sentence at a time. Prose is a kind of deep present, keeping us in the moment with language we must decode and interpret. Comics, on the other hand, offer constant glimpses into the future as our brains take in a series of images at once. When I am asked, “If you could only work in one medium again, which would it be?” I cannot answer. It’s like choosing between speech and memory. I’m glad we have both, and though moving between the two can be creatively challenging, it’s never been anything but an honor to have had the opportunity. 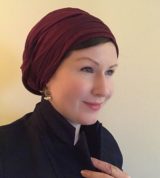 G. Willow Wilson is the author of the acclaimed novel The Bird King (2019), co-creator of the Hugo and American Book Award-winning series Ms Marvel (2013-2018), and has written for some of the world’s best-known superhero comic book series, including The X-Men, Superman, and Wonder Woman. Her first novel, Alif the Unseen, won the 2013 World Fantasy Award for Best Novel, was a finalist for the Center For Fiction’s First Novel Prize, and was long-listed for the 2013 Women’s Prize for Fiction. In 2015, she won the Graphic Literature Innovator Prize at the PEN America Literary Awards. Her work has been translated into over a dozen languages. She lives in Seattle.