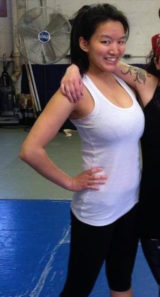 Andrea Tang is a speculative fiction writer and international affairs wonk based out of DC. Her prose fiction has previously appeared at Apex Magazine, PodCastle, and a variety of other publications; her poetry has previously appeared in the margins of her high school AP exams, which in her humble opinion, makes her Uncanny Magazine debut a considerable upgrade. When not hunched over a notebook misusing her imagination, she’s known to enjoy theater, music, and martial arts. Drop by for a hello and a virtual cup of tea at andreatangwrites.com, or on Twitter @atangwrites.