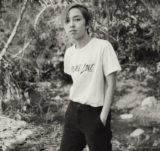 Ewen is a speculative writer-poet and theatre practitioner. A cosmopolitan cinephile made in Hong Kong, Ewen now lives and works in London as a researcher in Visual Cultures with an interest in crisis cinema and the politics of the archive, and is also involved in independent filmmaking. Ewen’s works have appeared or are forthcoming in venues such as Anathema, Liminality, Voice & Verse, Hot Potato News, and Uncanny. Ewen holds an MFA in Creative Writing and is a 2018 graduate of Clarion West, with fiction currently on the shortlist for the Gollancz & Rivers of London BAME SFF Award.