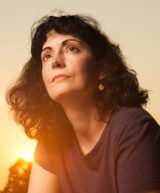 Martha Wells has been an SF/F writer since her first fantasy novel was published in 1993, and her work includes The Books of the Raksura series, The Death of the Necromancer, the Ile-Rien trilogy, The Murderbot Diaries series, media tie-ins for Star Wars, Stargate: Atlantis, and Magic: the Gathering, as well as short fiction, YA novels, and nonfiction. She has won a Nebula Award, two Hugo Awards, two Locus Awards, and her work has appeared on the Philip K. Dick Award ballot, the BSFA Award ballot, the USA Today Bestseller List, and the New York Times Bestseller List.