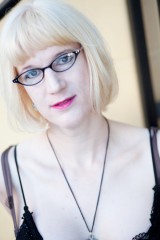 Charlie Jane Anders is the author of All the Birds in the Sky, a novel coming in early 2016 from Tor Books. She is the Editor–in–Chief of io9.com and the organizer of the Writers With Drinks reading series. Her stories have appeared in Asimov’s Science Fiction, The Magazine of Fantasy & Science Fiction, Tor.com, Lightspeed, Tin House, ZYZZYVA, and several anthologies. Her novelette “Six Months, Three Days” won a Hugo award.

Leslie is a fiction writer, poet, and artist. In her day job she manages marketing for a healthcare company. She has an unhealthy obsession with lattes and rescuing puppies. Most of her free time is spent removing unsafe things from their mouths. Her collection of poetry, An Inheritance of Stone, was released from Alliteration Ink, and her novel, The Cricket Prophecies, was released by Post Mortem Press. She has two books of writing prompts, Inklings and 100 Prompts for Science Fiction Writers from Sterling Publishing. Leslie graduated from Ohio University with a masters in poetry. Her work was nominated for a Pushcart and a Rhysling Award. Her collection of poetry was nominated for an Elgin Award. 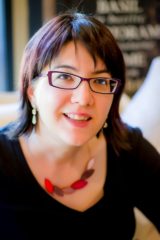 Elizabeth (Betsy) Aoki is a poet, short story writer and game producer. She has received fellowships and residencies from the City of Seattle, Artist Trust Foundation, Hedgebrook, and Clarion West Writers Workshop. She has a short story in Upper Rubber Boot Books’ anthology, Sharp & Sugar Tooth: Women Up to No Good, and her Uncanny poem “Okuri Inu, or the sending-off dog demon” was nominated for a Rhysling Award.

Liz’s short stories can be found in places like Apex Magazine, Strange Horizons, and This is How You Die: Stories of the Inscrutable, Infallible, Inescapable Machine of Death. She recently cracked the Escape Artists Trifecta! That’s Pseudopod, Podcastle, and soon a story in EscapePod. Liz writes love letters, songs, and poems to inanimate objects, and two of her short stories have become plays that are regularly performed. She creates the webcomic Things Without Arms and Without Legs and her website is http://lizargall.com/

Ken received a Nebula nomination, and was a finalist for the Sturgeon Award, in 2014. Stillpoint Digital Press released his first collection, The Law & the Heart, that same year. His stories appear in Analog, Strange Horizons, Beneath Ceaseless Skies, Clockwork Phoenix 3 & 4, Daily Science Fiction, Escape Pod, Podcastle, and elsewhere. By day, he teaches legal studies and science fiction literature to undergraduates in Rhode Island, where he lives with his wife, two children, and something with fangs. He and his Clarion classmate Liz Argall wrote the first draft of this story by trading a notebook back and forth in a coffee shop the week after Readercon. 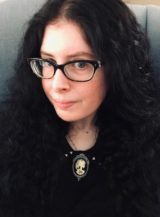 Meghan Ball is a writer, editor, and musician. Her work has appeared in Tor.com, Tor Nightfire, the Barnes & Noble Sci-Fi and Fantasy Blog, io9.com, and Fireside Fiction. She has also appeared on several podcasts including Caring Into The Void and Black Mass Appeal. When not writing, she listens to an unhealthy amount of music, plays guitar, and does cross stitch. You can find her on twitter @eldritchgirl and discover more of her work at her website eldritchwrites.com. She lives in a weird part of New Jersey.

Nicolette Barischoff has spastic cerebral palsy, which has only made her more awesome. She qualified for SFWA with her first three stories, published in Long Hidden, Accessing the Future, and Unlikely Story’s The Journal of Unlikely Academia. Her work has been spoken aloud by the wonderful people of PodCastle, and one of her novelettes is mandatory reading at the University of Texas, Dallas. She edited the personal essays section of Uncanny Magazine’s Disabled People Destroy Science Fiction, which won a Hugo Award. She’s also a fierce advocate for disability and body-positivity, which has occasionally landed her in trouble. She made the front page of CBS New York, who called her activism “public pornography” and suggested her face was a public order crime. She has the exact same chair as Professor X, and it is also powered by Cerebro. 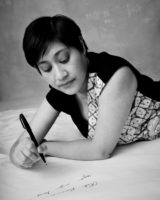 Khairani Barokka is an Indonesian writer, artist, and translator in London, whose work has been presented extensively, in fifteen countries. She was Modern Poetry in Translation’s Inaugural Poet-In-Residence, and is Researcher-in-Residence at UAL’s Decolonising Arts Institute. Among Okka’s honours, she was an NYU Tisch Departmental Fellow and is a UNFPA Indonesian Young Leader Driving Social Change. Okka is co-editor of Stairs and Whispers: D/deaf and Disabled Poets Write Back (Nine Arches), author-illustrator of Indigenous Species (Tilted Axis; Vietnamese translation published by AJAR Press), and author of debut poetry collection Rope (Nine Arches Press). 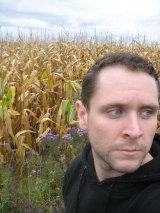 Christopher Barzak is the author of the Crawford Fantasy Award–winning novel, One for Sorrow, which has been made into the major motion picture, Jamie Marks is Dead. His second novel, The Love We Share Without Knowing, was a finalist for the Nebula and James Tiptree Jr. Awards. He is also the author of two collections: Birds and Birthdays, and Before and Afterlives, which won the 2013 Shirley Jackson Award for Best Collection. Christopher grew up in rural Ohio, has lived in a southern California beach town, the capital of Michigan, and has taught English outside of Tokyo, Japan, where he lived for two years. His next novel, Wonders of the Invisible World, was recently published by Knopf. Currently he teaches fiction writing in the Northeast Ohio MFA program at Youngstown State University. Learn more about Chris at christopherbarzak.com 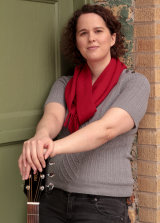 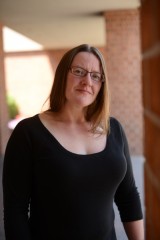 Elizabeth Bear was born on the same day as Frodo and Bilbo Baggins, but in a different year. She has been the recipient of Hugo, Sturgeon, Locus, and Campbell Awards, among others. Her most recent novels are Ancestral Night and The Red-Stained Wings. She lives in Massachusetts with her husband, writer Scott Lynch.