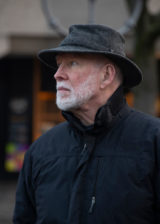 Peter Tacy and Jane Yolen dated and were award-winning student poets when they were in college during the late 1950’s. Then happy marriages to others, and different career paths, separated them until, after both had been widowed, they reunited during a visit to Emily Dickinson’s house in early 2019. During their years apart, Peter was an English literature teacher, school Headmaster, and Executive Director of the Connecticut Association of Independent Schools. During that time he wrote and published two books and scores of essays and articles, all about education; such poems as he was inclined to write were never intended for publication and rarely preserved. That situation has changed since his re-connection with Jane.