Fabulous news, Space Unicorns! The phenomenal Subterranean Press will be releasing massive hardcover and prestige editions of  The Best of Uncanny in December 2019! The Best of Uncanny is a collection edited by Lynne M. Thomas and Michael Damian Thomas bringing together some of their favorite Uncanny Magazine stories and poems from the first few years of the magazine, including many works which were nominated for or won awards. Over 40 authors! And you can get a limited edition version SIGNED by all but one of them!!! HOW AWESOME IS THAT?!?!

You can pre-order either version right now at The Subterranean Press website!

Behold! The phenomenal Tran Nguyen cover and Table of Contents! 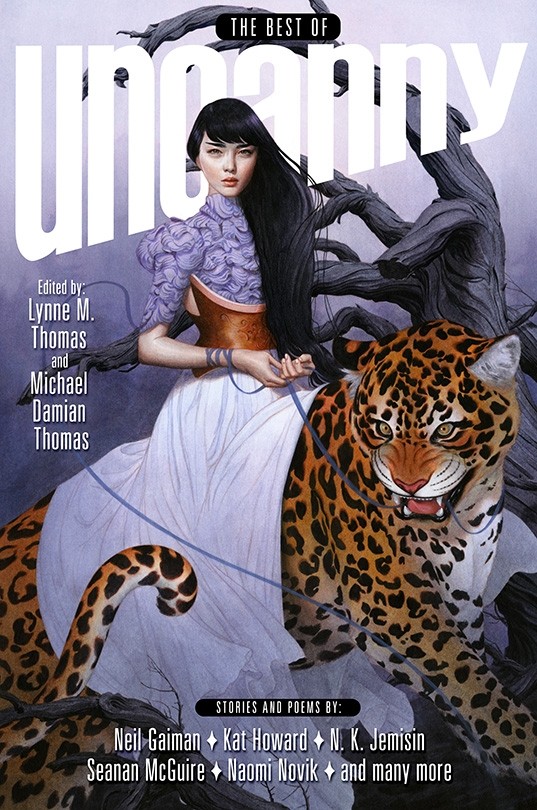 ETA: Wow! The limited signed edition is already sold out! THANK YOU!!! You can still pre-order the regular hardcover edition!