Magnificent woolly mammoths once reigned over ancient steppes: 10 feet tall at the shoulder, weighing around 5 tons, and lushly furred. Their curved tusks could reach 14 feet long. If we could, should we bring them back?

Some people are trying. Sergei Zimov hopes to create a Pleistocene Park with mammoths in northeastern Siberia as a means to rescue the permafrost from global warming. Mammoths were heavy grazers, and as they fed, they would uproot the trees and shrubs growing there now. This would restore the original grasslands, which would reflect more sunlight, capture more carbon, and freeze deeper in winter.

Is it possible? The Harvard Woolly Mammoth Revival team believes that the bits of the genome that allowed the mammoths to thrive in cold climates could be introduced into elephant cells, ultimately recreating the extinct species. The process is called de-extinction.

If so, we’d regain a marvelous beast. We could take a step toward saving the planet. And we might feel less guilty. Woolly mammoths and other megafauna disappeared about 10,000 years ago in part because they were tasty, so we hunted them to extinction for lunch.

I’m sorry about what my ancestors did, but I suggest five reasons against bringing woolly mammoths back.

However, elephants breed slowly. Gestation alone takes 2 years, and females don’t start to breed until they’re 10 to 14 years old. But the way things look now, the permafrost will start melting by 2050. For a faster rescue, we could send in currently available grazers like musk oxen, yaks, and cold-climate horses and cattle.

If they were successfully re-introduced, however, we’d have to keep them from expanding their territory. Here in Chicago where I live, coyotes, which are not a native species, now inhabit the Loop and are only somewhat appreciated (they eat rats). Long ago, woolly mammoths did live here. They might wander back, but a rogue male would not amuse city-loving tourists even as we tried to sell them “Magnificent Mile Mammoth” souvenir T-shirts.

Big, showy, sentimental species attract our attention, but we might do better to focus on key ecological species and protect what we have. Bees and butterflies need our help right now, and we can do great things simply by planting native plants or not pulling weeds, and by setting out insect-friendly flowering plants on balconies. These plants will also attract a variety of delightful creatures.

We can even wave a science fictional hand and create imaginary mammoths in our neighborhoods: magnificent, huge, and harmless. In our minds’ eye, we could watch them pause, enjoy our little snacks, and move on without a trace, gone but not forgotten. 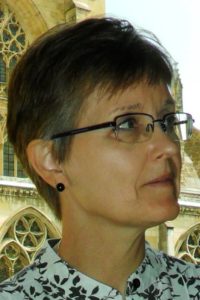 Sue Burke spent many years working as a reporter and editor for a variety of newspapers and magazines. She is a Clarion workshop alumnus, and she has published more than 30 short stories. Burke also worked extensively as a literary translator, and while living in Madrid, Spain, she headed the long-running Madrid Writer’s Critique Group. Her translations include the fantasy novel Prodigies by Angélica Gorodischer, the bilingual science fiction anthology Castles in Spain / Castillos en el aire, and the script for the science fiction movie Mindgate. (Photo Credit: Jerry Finn) 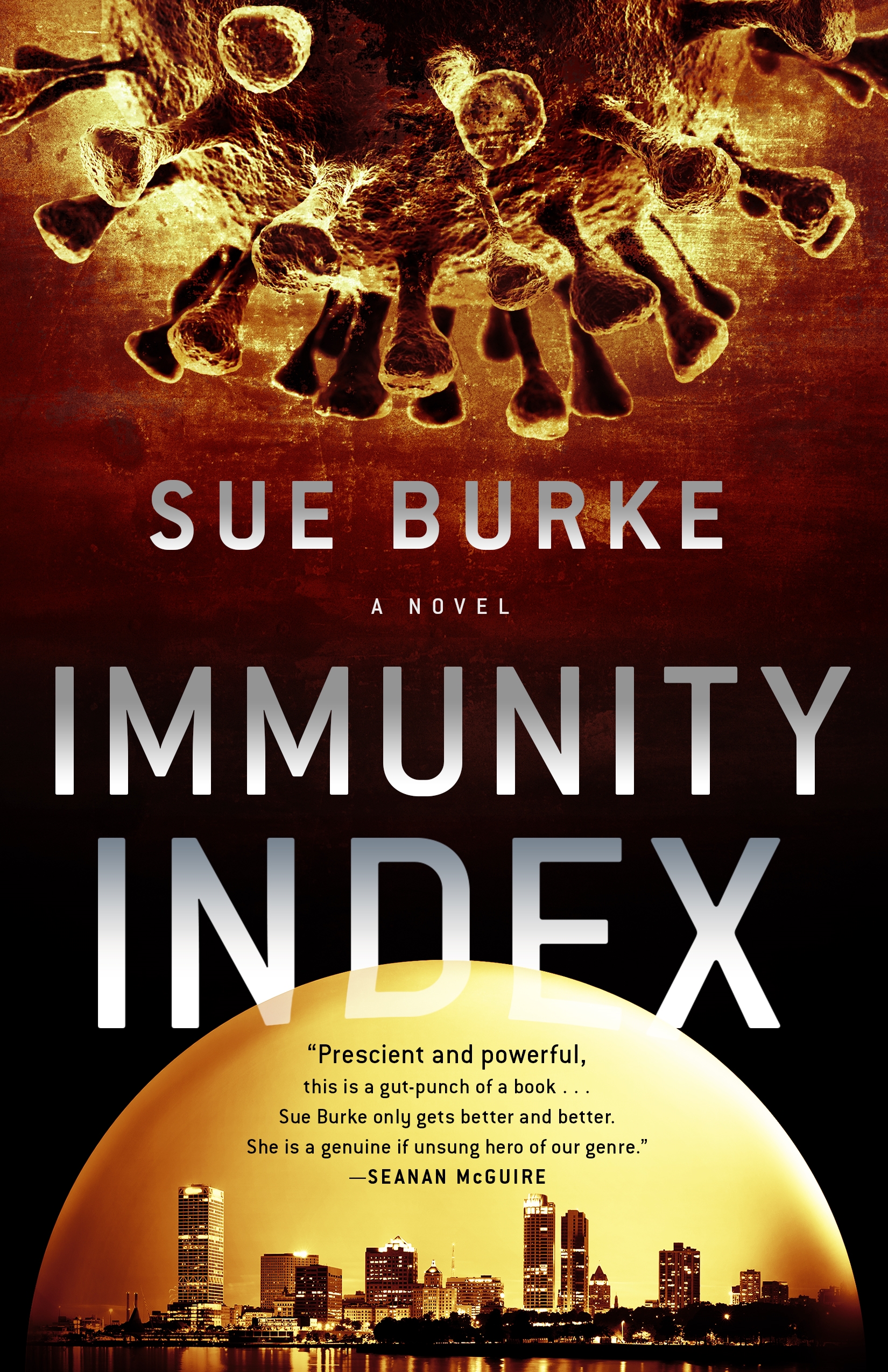