Episode 26A (January 1): Editors’ Introduction, “A Catalog of Storms” by Fran Wilde as read by Erika Ensign, “A Letter from One Woman to Another” by Cassandra Khaw as read by Stephanie Malia Morris, and Lynne M. Thomas interviewing Fran Wilde.

About Our Cover Artist: Julie Dillon 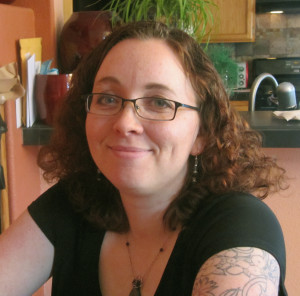 Julie Dillon is a Hugo Award-winning artist living in California. She has had a lifelong love of fantasy and sci-fi art and literature, and is excited to be making her own contribution to the field. Over the years, she has worked on book covers, magazine illustrations, gaming illustrations, and a variety of other commissions, and she is currently working on branching out into creating more of her own work. Her website is juliedillonart.com and you can follow her on Twitter @juliedillon.

The Duke of Riverside by Ellen Kushner

A Catalog of Storms by Fran Wilde

Poems Written While by Natalia Theodoridou

The Willows by Delilah S. Dawson

The Thing, With Feathers by Marissa Lingen

The Watchword by Sonya Taaffe

A Letter from One Woman to Another by Cassandra Khaw

How to Make a Paper Crane by Elsa Sjunneson

The Most Powerful Force by Alec Nevala-Lee