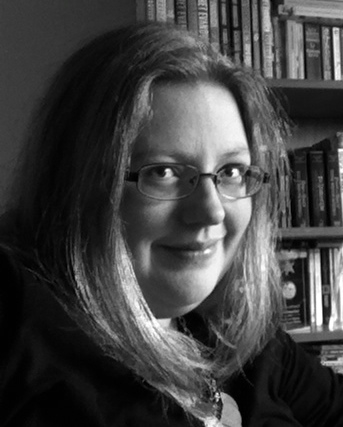 1. You’ve won awards for both your fiction and non-fiction and have used these different platforms to communicate important ideas. If you were told, today, that you could only write one form for the rest of your life, which would you choose and why?

Fiction, of course. I didn’t even have to think about it. Having said that, what a horrible question, Deb! Why would you make me choose? I don’t always think of fiction and non-fiction being separate – and I can move from one to the other very comfortably. I recently wrote a superhero short story (for the crowdfunded anthology Kaleidoscope) which built on ideas I had been blogging about for years. I don’t think the story would have turned out as well (or as concise) as it did without all the prior work I’d done, honing my opinons on girls and superheroes down to a few key thoughts. More recently I’m deliberately tying my blogging in with the big fiction project I’m writing, which I love – it gets my head in the right space completely. Also non fiction comes easier to me so if I was only allowed to write fiction I’d feel a lot more stressed in the mornings! And I wouldn’t be able to write the essay that I promised Lynne and Michael for Uncanny.

2. Your fiction runs the gamut from historical to crime to space opera. Despite the different genres, is there a core philosophy that runs through all of your work?

I think so. There are certain types of characters and ideas that pop up across my various works – though I’m probably not as aware of my own patterns as other people are. Humour is a big one – even in my darkest and angstiest books (The Creature Court trilogy is the closest I’ve ever got to epic fantasy and it’s full of broken people) there is banter and snark. My feminism is both an active and subconscious part of my writing, and even when I was a baby barely-there feminist in my late teens, my novels were in conversation with some of the best and worst gender issues in genre fiction. I had an epiphany the other day that my stories are mostly full of wounded, emotionally damaged men and pragmatic, capable women – I don’t know what this says about me and I’d rather not think too hard about that one! Ancient Rome slides in everywhere, because once you accept a PhD topic it’s with you for life. My characters often refuse to admit they are in love, even inside their own heads, but I’m pretty shameless when it comes to sex scenes. If there’s a core philosophy that I come back to as a writer, though, it’s probably – ‘you think stories work like this, but I’ve read enough of them to know – maybe THIS instead.’ I write like a reader, I always have, and that makes me uncomfortably aware of what I’m doing. I can’t use a fairy tale or a trope or a tradition without bending it at least once, and questioning it, and tying it in knots.

My focus is usually on challenging myself. My current project, Musketeer Space, came about not just because I had a killer idea (gender-flipped Musketeers in space, seriously, every time I tell people their eyes go wide and they get excited, I’ve never had an idea so audience-friendly in my life before) but because I could feel myself holding back too much as a writer. I’d had a novel that I believed in fail to find a publisher or an agent which hit my confidence hard, and the next one I wrote was my big unfinished goal of the year two years running. So Musketeer Space was about kicking myself into gear again. By making it a sponsored web serial, and forcing myself to post a chapter every week, I found my terror-adrenalin gland, the one that usually only fires up when I have a publishing contract and a hard deadline. I’ve also been using the project to work on some aspects that I want to get better at in my writing. Gender-flipping an 18th century novel set in the 19th century is fascinating, because it digs away at all the uncomfortable gender programming that apparently I still have in my head despite calling myself a feminist for my whole adult life. It’s amazing how often I tell myself ‘too many women in this scene, need to balance it, aaargh no, that’s not the point.’ My biggest current challenge is to get better at writing racial diversity, because I think that’s something that most white writers need to be aware of, and work on without making grand statements or demanding cookies. I’ve been doing this for some times in small, probably unadventurous ways, but when it came to Musketeer Space – my first big space opera – I knew it was important to have a cast that wasn’t mostly white. That’s the science fiction that I want to see, and read, because I think it’s far more credible apart from anything, so I’m trying hard to put my money where my mouth is.

I was raised with a strong sense of spirituality and pretty much ditched it as I became an adult. But I do get quite intense and detailed deja vu that knocks me around at times. I don’t know if it’s my memory playing tricks, but it always feels like – oh that very specific feeling about the future I had once with these 5-6 apparently random key details, that was about today, RIGHT THEN. I also used to have a very elaborate stress dream the night before school started every year which involved getting lost in architecture – pretty much every school plus every other complicated building I’d ever seen got amalgamated into this one crazy structure that I couldn’t find my way through. And I returned to the same dream on that same night EVERY YEAR, only the building itself developed and changed to factor in new experiences with different architecture. I had that dream since university ended, but I still feel stressed whenever those damned Hogwarts staircases start moving in Harry Potter films.

Tansy Rayner Roberts is an Australian fantasy author, blogger and podcaster. She won the 2013 Hugo for Best Fan Writer. Tansy has a PhD in Classics, which she drew upon for her short story collection Love and Romanpunk. Her latest fiction project is Musketeer Space, a gender-swapped space opera retelling of The Three Musketeers, published weekly as a web serial. She also writes a regular column for Tor.com in which she is rereading the Empire trilogy by Raymond E Feist and Janny Wurts. Come and find her on Twitter!