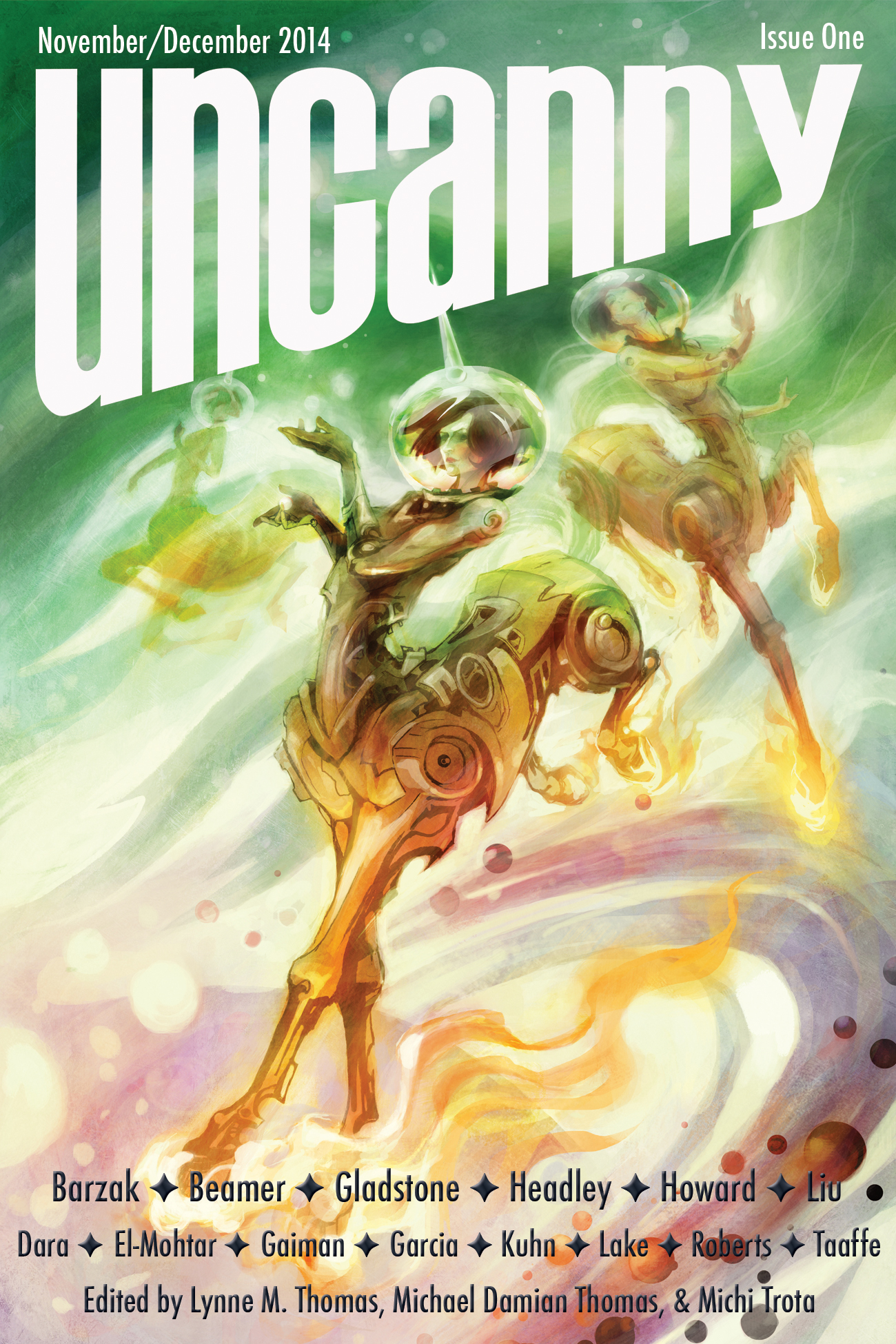 New Fiction
Maria Dahvana Headley- “If You Were a Tiger, I’d Have to Wear White”
Kat Howard- “Migration”
Max Gladstone- “Late Nights at the Cape and Cane”
Amelia Beamer- “Celia and the Conservation of Entropy”
Ken Liu- “Presence”
Christopher Barzak- “The Boy Who Grew Up”

Thanks to our Kickstarter Backers

Episode 1: Editors’ Introduction, Maria Dahvana Headley’s “If You Were a Tiger, I’d Have to Wear White” and Amal El-Mohtar’s poem “The New Ways” (both read by Amal), Interview with Maria conducted by Deborah Stanish.