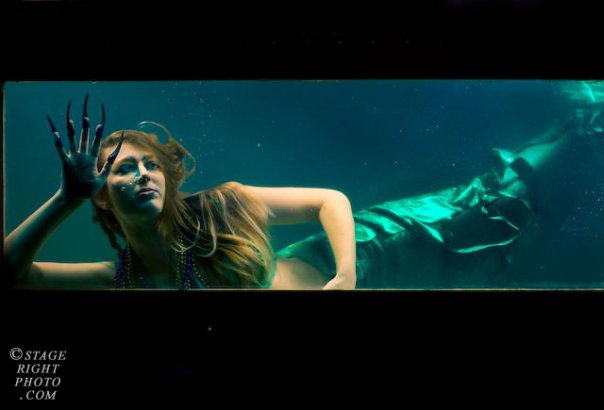 Liz’s comics have been published in an array of publications, including Meanjin, The Girl’s Guide to Guy Stuff, Eat Comics, Something Wicked and her collection Songs, Dreams and Nightmares. Her anthology, Dreams of Tomorrow, won a Bronze Ledger Award for Small Press of the Year. In January 2009 her musical Comic Book Opera, written with composer Michael Sollis, was performed for the first time. Two of her short stories have been staged as plays.

1) You’re a prolific comics’ writer as well as a writer of prose and poetry. What’s the most challenging aspect about writing comics vs. writing prose or poetry?

I’d say the most challenging aspect of writing comics is that you’re not doing the most challenging part! Drawing a comic is much harder than writing one. The first time I wrote a short story in a long time I couldn’t believe it; no back and forth, no trying to find the right artist with the time not to mention all the variables of collaboration in an industry that has very little money and a lot of dysfunction.

When I’m drawing and writing a comic (aka Things Without Arms and Without Legs) the greatest challenge is coming up with ideas that are good enough for the characters. They are such special characters that I want to make sure I always honor their spirit and the ness-ness of each entity.

One of the hard things about returning to short stories after a long time writing comics was not having someone to collaborate with. There’s nothing like having an artist read your mind and draw something richer than you could have ever imagined. It’s an extraordinary feeling. With a layer between yourself and the finished product it can feel a little safer, it’s easier to be brave and once you have a finished product it’s easier to say, “Check out X’s art, they’re fricken amazing! Buy our comic!” Than to spruik solo work.

And as for poetry? Crippling imposter syndrome. When I was younger I wrote poetry all the time and my first creative paying gig was as a guest performance poet at the Dan O’Connell in Melbourne (I was paid $20 and the gig was 600km away). Now that I am older I often feel like I’m not good enough, although I push myself into this realm from time to time and find sideways approaches such as my “Love Letters to Inanimate Objects” series.

2) You have some very physical hobbies, like roller derby and fire spinning. Do you ever integrate them into your writing?

Roller Derby has found its way into several of my stories. There is a vividness and strength in derby that is very appealing. I have not yet integrated fire twirling into any of my stories. I probably should, the time when I fire twirled the most was an emotionally intense period and I think I might be ready to draw from that well now that over a decade has passed.

The biggest impact that Roller Derby and Aikido (the two physical activities I do the most, I recently returned to Aikido as a form of cross training) has been psychological. Roller derby and Aikido have both helped me become more creative and FINISH work. In addition to the well-known benefits of exercise roller derby and Aikido provide me with tangible evidence of the value of practice and the different ways that you can push yourself to grow as an athlete or a creator. Seeing the benefit of thoughtful, intense practice in one field makes it easier to see the benefit in other practices.

It’s also easier for me to find and be in “the flow” when training physically and finding the flow, remembering the flow helps me find it on the page as well.

My favorite book on creativity is a sports psychology book! I highly recommend Bounce: The Myth of Talent and the Power of Practice by Matthew Syed.

3) How do you use your work to challenge yourself or your readers?

I try to lean into the discomfort. If I find myself flinching in a certain part of the text it often means there’s something powerful there and I need to push into it. I want to be of service to my readers and I do that by bringing them the best story I can and not flinching. I believe in my readers, they are smart and want diverse worlds.

Sometimes people are clearly challenged by my work, but often those same stories give other readers a warm safe place to snuggle into. I remember how much I wanted spaces for me when I was a teen and reading felt like my food, water and shelter. I want there to be a greater diversity of spaces and people for people to imagine themselves into.

I try to be brave when I sit down to write, it’s one of the muscles I work on and like my calves there is always room to grow! There are so many ways you can practice being a better writer; it can be overwhelming, but bravery is one of those areas I try to push into. Every time I’m brave or try to tackle intersectional issues or draw on things that make me feel exposed or get critiqued for falling short of my intention I grow in muscle and strength. Sometimes, like a hard practice, it hurts, sometimes I feel injured, but the important thing is to get up, keep growing, be brave and hold your space (or translating from derby to prose don’t let the world silence you).

4) What is the most uncanny thing that has happened to you?

That I am an athlete now. When I was in my early twenties I thought about setting a goal of standing up the whole time I was in the shower without needing to drop down to my ankles in dizziness for three days in a row. That goal seemed so far away and impossible it made me cry.

The less cheaty answer is that once I feinted while I was in the shower with my boyfriend and had a very minor seizure. While I was unconscious I felt like I was swimming in pure information, then I got pulled out of the stream and into elaborate multiple reality time travel conspiracy theories. When I awoke I briefly thought I was in a government facility and didn’t know who the naked guy was, but because he was naked I thought he must know who I was and I couldn’t let them know that I didn’t know who he was or the game would be up. Then I looked up, realized I was in the shower and that brought me back to the reality where I knew my boyfriend’s name. The post-seizure state was pretty dreamy and mildly euphoric. It made me half wish I was spiritually inclined and half feel grateful I wasn’t!

One Response to “Uncanny Mini Interview with Year One Contributor Liz Argall!”